Transmitted to humans by mosquitoes, the virus is present on every continent except Antarctica 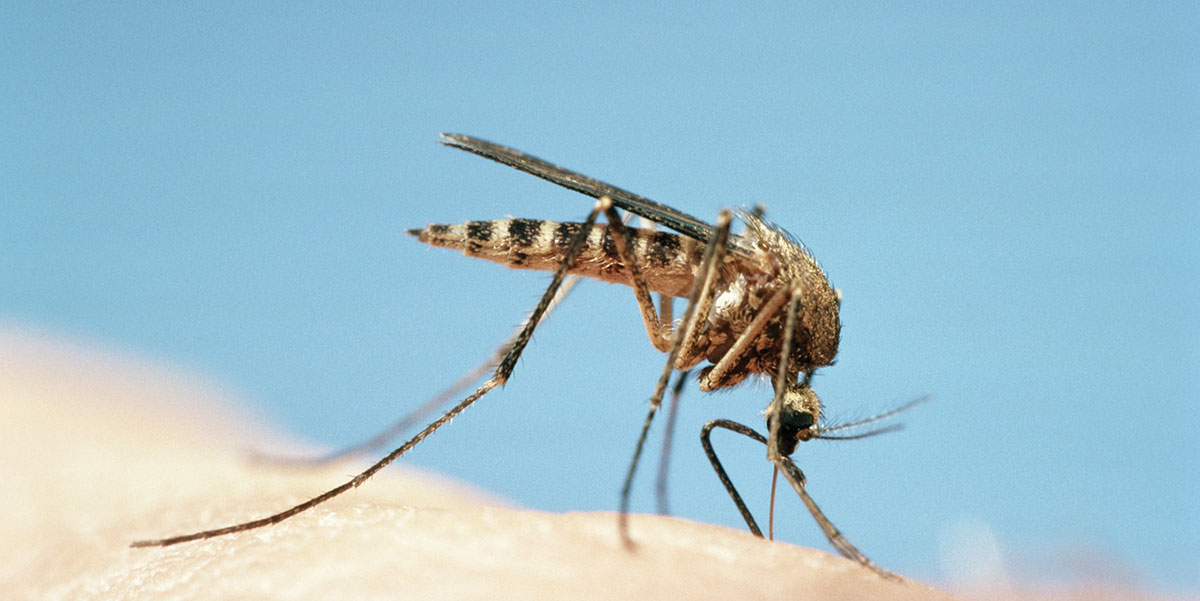 West Nile virus (WNV) is a mosquito-borne virus of the Flaviviridae family within the genus Flavivirus. WNV belongs to the Japanese encephalitis antigenic group of Flaviviruses, which includes Kunjin, Murray Valley and St. Louis encephalitis viruses. Infection with WNV is a zoonosis, a disease which can be passed from animals to humans.

WNV was first isolated from a woman with fever in the West Nile district of Uganda in 1937 [1]. Over the last 50 years, human infection attributable to WNV has been reported in many countries of the world.

The virus is found on every continent, except Antarctica, and is indigenous to Africa, the Middle East, Asia and Australia (the Kunjin variant of WNV only). Outbreaks of WNV are also reported in several countries in Europe [2, 3]. In 1999, the virus was first reported in New York and spread rapidly throughout the United States (US) and subsequently through the Americas from Canada to Venezuela [4]. In 2003, almost 10,000 cases of human WNV were reported in the United States although numbers have since decreased. In December 2014, the first human case of WNV was reported in Brazil [5].

Outbreaks and intermittent cases of human WNV infection have also occurred in Europe since the 1950s. In recent years, outbreaks have been reported from countries throughout Europe, including France, Greece, Hungary, Italy, Portugal, Romania and Spain; the transmission season in Europe is June to November [8]. Locally acquired WNV has not been reported so far in the UK [9]. The European Centres for Disease Prevention and Control (ECDC) undertakes surveillance for WNV during the transmission season; maps showing countries reporting cases in the EU and Mediterranean basin are available [2].

There is a low risk of contracting WNV during travel to areas with WNV activity. The risk is determined by destination, season, length of exposure, and the intensity of WNV transmission at the time of travel. Certain groups, including the immunocompromised (i.e. those with a reduced ability to fight infection), those over 50 years of age and individuals with pre-existing medical conditions, are at increased risk of severe illness.

Travellers to areas where there is WNV activity should be aware of the risk and take appropriate insect bite avoidance measures.

WNV infection is rarely reported in UK travellers; during 2014, there were two imported cases reported (acquired in Egypt and the US) [3] and one imported case, acquired in South Africa, was reported in 2017 [10]. It is possible that other cases with mild symptoms have not been reported or recognised. Most WNV infections are asymptomatic (without symptoms) or produce mild symptoms; it may therefore be under-recognised generally.

The main hosts of WNV are birds and the principle vectors are mosquitoes. WNV is predominantly transmitted by mosquitoes of the genus Culex [11]. The virus is maintained in a mosquito-bird-mosquito cycle and in the mosquito population through vertical transmission (adults to eggs). However, humans become infected when environmental conditions are favourable for mosquitoes and there are sufficient numbers of bird hosts. Culex spp. mosquitoes feed mainly during the hours between dusk and dawn. Humans, horses and occasionally other animals, become accidental hosts when bitten by an infected mosquito. Humans and animals serve as dead-end hosts (i.e. while becoming infected, humans and animals do not spread the infection). There is no person-to-person transmission [4].

The peak transmission season in temperate regions such as Canada, North America and Russia, is late summer to early autumn when there is high mosquito activity. In tropical countries, transmission is year round.

There have been isolated reports of non-mosquito borne transmission occurring; transmission during blood transfusion and organ transplantation has been documented [4]. During 2012, the UK NHS Blood and Transplant undertook screening of 28,873 blood donors who had travelled to areas affected by WNV. Despite this travel history, no positive cases were identified [12].

Cases of intrauterine transmission and a single probable case of lactation-associated transmission (from a breastfeeding mother to her infant) have been described. Exposure to infected mosquitoes remains the predominant risk factor for acquiring WNV [13].

The incubation period of WNV is 1-14 days. Most cases (80 percent) are asymptomatic or very mild and go undiagnosed. Symptomatic persons can experience a mild, self-limiting flu-like illness (West Nile fever) characterised by fever, headache, myalgia (muscle pain) and a maculopapular rash. About 1 in every 150 cases progresses to a more serious neurological illness of meningitis (inflammation of the lining of the brain and spine) and/or encephalitis (inflammation of the brain). Patients with neurologic disease may have headache, neck stiffness, disorientation, muscle weakness, seizures, flaccid paralysis or coma. In these situations, the case fatality ranges from 4-14 percent, but may be as high as 15-29 percent in those aged over 70 years [11]. Those aged 50 and over who have concurrent illness such as cancer, heart or kidney disease or diabetes are at greatest risk of severe West Nile fever [9].

Persistent neurologic complications have been observed in individuals who have survived acute West Nile encephalitis (WNE). Long-term movement disorders, cognitive complaints, and functional disability have been reported. WNE can result in an acute flaccid paralysis with a wide range of symptoms and degrees of limb weakness. These can range from mild monoplegia (paralysis of one limb) to flaccid quadriparesis (weakness or paralysis in all limbs) and acute neuromuscular respiratory failure. Facial nerve palsy (a condition causing weakness or paralysis of some of the muscles on the face) has also been observed [14].

Extreme fatigue is common following both WNV and WNE. In a study of 98 patients, 96 percent described post WNV fatigue, which lasted a median of 36 days [13]. Depression and personality changes have also been observed. Depression after encephalitis, regardless of etiology, is not unusual: 31 percent of post WNV patients reported depression post-acute illness [15].

Immunity is considered to follow infection, although the duration is unknown [16].

There is no specific anti-viral treatment, but rather supportive intervention.

Healthcare professionals should be aware of the signs and symptoms of WNV and be sure to obtain a travel history when assessing patients. Specialist advice must be sought when persons suspected of having WNV infection are evaluated. Information about diagnostic tests is available from Public Health England (PHE). Appropriate serum and/or cerebrospinal fluid samples from suspect cases should be sent to the PHE Rare and Imported Pathogens Laboratory.

WNV infection in animals and humans is notifiable to the relevant health agency (Public Health England or for animal disease the Animal and Plant Health Agency).

Surveillance of human cases together with monitoring of bird, animal and insect populations are essential steps in the prevention of WNV. Mosquito control programmes are also important in areas where the virus occurs [6,7, 19].

There is currently no vaccine to prevent WNV in humans. For travellers, prevention must therefore focus on awareness of the possible risk of WNV at the destination, plus mosquito bite avoidance measures.