Following advice on food and water hygiene is sensible, but travellers should always be prepared to manage the symptoms of TD during their travels 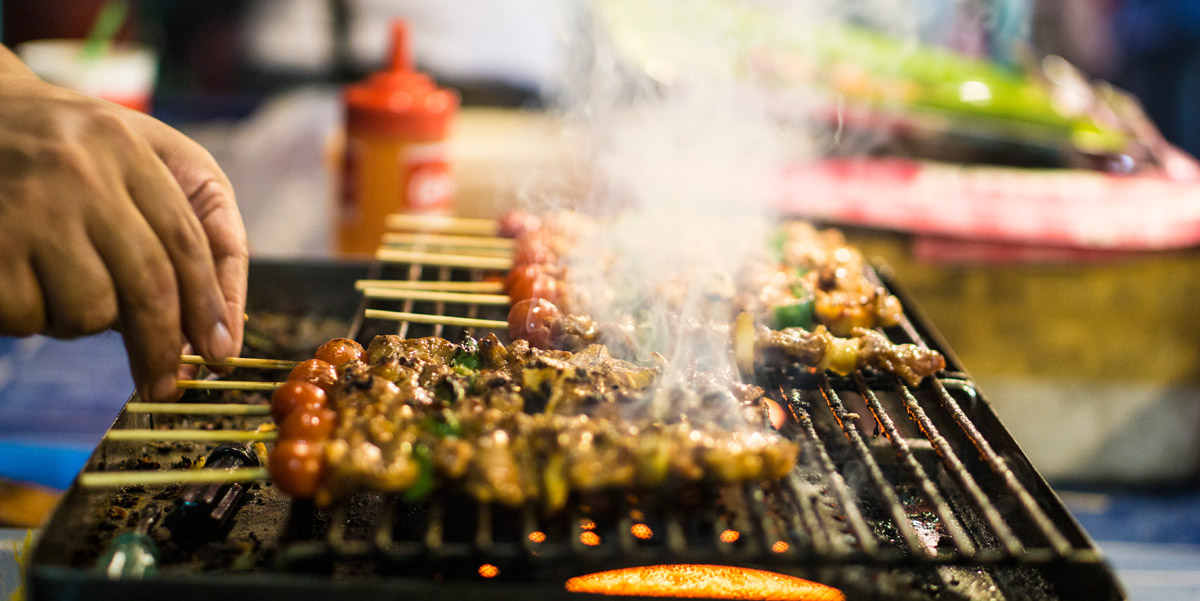 Travellers’ diarrhoea (TD) is the most common health problem experienced by travellers affecting over 20 percent of those who travel to high risk destinations of the world [1]. TD is defined as three or more unformed stools in a 24 hour period, often accompanied by at least one of the following: fever, nausea, vomiting, cramps, or bloody stools (dysentery) [1]. Symptom onset may be during or within 10 days of return from foreign travel [2]. TD can cause substantial disruption to travel itineraries and plans. Approximately 13 percent of travellers are confined to bed for one to three days, 12-46 per cent have to change their itinerary, but fewer than one percent are admitted to hospital [1, 3].

TD can be caused by viruses, bacteria and/or protozoa. Bacteria are the most common cause of TD; most commonly enterotoxigenic Escherichia coli, followed by Campylobacter jejuni, Shigella spp., and Salmonella spp. [4]. In up to 40 percent of TD cases, the causative pathogen is not identified [4]. Cholera is rarely seen in travellers.

The organisms that cause TD are commonly reported worldwide, however, transmission is more likely in countries which have lower food hygiene standards, inadequate sanitation facilities and lack of access to clean water [4].

There are regional differences in the risk of TD and estimates of incidence rates vary in different studies [1, 3]. Comparatively low-risk areas include Western Europe, the United States, Canada, Australia, New Zealand and Japan. Seven percent or less of travellers are estimated to experience TD in these areas [1]. Intermediate-risk areas include southern Europe, Israel, South Africa, some parts of the Caribbean and the Pacific islands, with estimated incidence rates of between eight and 20 percent. High-risk areas include most of Asia, the Middle East, Africa, and Latin America; more than 20 percent of travellers from a high-income country may experience TD in these areas [1].

Estimated incidence rates for TD are described above. There are several risk factors for acquiring TD including: diet, age, host genetics, destination, season of travel and choice of eating establishment [1, 5]. Of these, the destination country and choice of eating establishment are the most important factors [6]. Backpackers, teenagers and younger travellers are affected most frequently [1].

The effects of diarrhoea are generally greater in the very young, the elderly and the frail. Those with special health needs, for example, travellers with immune suppression (weakened immunity), inflammatory bowel disease, chronic (long term) kidney or heart disease and pregnant women should take care to avoid contaminated food and water and be prepared to manage the symptoms of TD. Those with reduced acidity in the stomach are also at increased risk of contracting infections with acid-sensitive organisms such as Salmonella and Campylobacter [6].

TD is acquired through the consumption of contaminated food or water. Although a change in bowel habit can be caused by the stress of travel, a change in diet, and increased alcohol consumption, most episodes of TD are related to infection [7].

Recreational water such as swimming pools, the sea and freshwater rivers and lakes may also be a source of water-borne infection. In swimming pools, infection may occur if treatment and disinfection of the water are inadequate. Swimming pool-related outbreaks of illness can occur and have been linked to viruses, bacteria, protozoa and fungi [8].

TD is defined as three or more unformed stools in a 24-hour period, often accompanied by at least one of the following: fever, nausea, vomiting, cramps, or bloody stools (dysentery), with symptoms usually starting during or shortly after a period of foreign travel [1]. Vomiting is uncommon, and abdominal cramps with blood or mucus in the stool is infrequent [1]. TD typically occurs during the first week of arrival and is often self-limiting, lasting three to four days. In approximately one percent of cases, symptoms persist for longer than a month [1]. An episode of TD, particularly one with severe symptoms, can lead to irritable bowel syndrome in a small number of travellers [3].

Severity of TD has been classified according to the degree of functional impairment it causes [9]:

TD is caused by a variety of organisms. Where aetiology is known, bacteria are responsible for most cases [4]. Other organisms include viruses, such as norovirus, and protozoa.

TD usually resolves spontaneously. Individuals with ongoing symptoms depending on the history and clinical presentation may require further tests, such as stool microscopy, stool culture and PCR, full blood count and/or biochemistry [3].

The aim of treatment of TD is to avoid dehydration, reduce the severity and duration of symptoms and reduce the interruption to travel plans [3].

Travellers should maintain adequate fluid intake to avoid dehydration. For a mild TD illness oral fluid are often all that is necessary.

Adults without existing health problems, with mild symptoms, can usually stay hydrated by continuing to drink and eat as normal [3]. Dehydration is a concern for young children with diarrhoea. The elderly, pregnant women and those with pre-existing illness are also more susceptible to complications from dehydration [10].

Consumption of small quantities of easily digestible foods such as rice, bananas are recommended to aid gut recovery in those with TD [12]. Breastfeeding should be continued for infants. Children receiving semisolid foods or solid foods should continue to receive their usual diet [12].

The most common symptomatic treatments for TD are antimotility agents (e.g. loperamide), and bismuth subsalicylate. Loperamide can be considered for travellers when frequent diarrhoea is inconvenient, e.g. those travelling on long bus journeys, or for business meetings. However, it should not be used alone if the traveller has active inflammatory bowel disease (e.g. ulcerative colitis), a fever or blood in stools [9]. Loperamide should be used with caution; travellers should follow the instructions on the pack carefully. Loperamide preparations are available over the counter for use in adults and children over 12 years of age. For younger children, parents should seek early medical advice if the child becomes unwell with TD and symptomatic treatment is required. Rehydration is the main treatment for TD in young children.

Antibiotic use for often self-limiting conditions including the use for standby treatment of TD whilst abroad should be carefully considered before prescribing. Travellers who take antibiotics may acquire organisms that are resistant to antibiotics such multi-drug resistant (MDR) Enterobacteriaceae or Clostridium difficile infections [14,15]. Loperamide can be considered for use alone for moderate (but not severe) TD [9].

Following a detailed risk assessment, standby antibiotics can be considered for some patients at high risk of severe illness should they develop TD or those visiting high-risk areas in remote locations where access to medical care is limited.

The European Medicines Agency’s (EMA) Pharmacovigilance Risk Assessment Committee (PRAC) recommends restricting the use of fluoroquinolone and quinolone antibiotics, due to long-lasting side effects reported with these medicines, for infections that are not severe and could get better without treatment [16]. The MHRA also issued an alert November 2018 stating fluoroquinolones may be associated with a small increased risk of aortic aneurysm and dissection, particularly in older patients [17].

Fluoroquinolone e.g. ciprofloxacin resistance has also become an increasing problem in some parts of the world. Public Health England no longer recommends fluoroquinolones for standby treatment of TD [18].

National Institute of Health and Care Excellence, and Public Health England antimicrobial prescribing guidance recommends standby azithromycin (adult dose: 500mg once daily for 1-3 days) for patients at high risk of severe illness should they develop TD or those visiting high-risk areas (see above) [19]. For children considered at high risk of severe illness expert advice should be sought.

Rifaximin is not effective in the treatment of invasive enteric pathogens that cross the gut wall such as Campylobacter, Salmonella and Shigella [10]. The overall usefulness of rifaximin as a self treatment option remains to be determined.

Travellers should seek medical care if symptoms do not improve within three days, or immediately if they have a fever of 38°C or more, blood and/or mucus in the stool or other worrying symptoms such as altered mental status, severe abdominal pain, jaundice or rash. Medical care should be sought earlier for the elderly, children and other vulnerable travellers if they are not tolerating fluids or are showing signs of dehydration [2].

TD is difficult to prevent for those who cannot prepare their own food and drinks [1]. Following precautions is sensible but these measures do not offer full protection [1]; travellers should always be prepared to manage the symptoms of TD.

There is no vaccine available to prevent the syndrome of TD. The cholera vaccine used in the UK (Dukoral®) may provide limited protection against diarrhoea caused by some Escherichia coli [3].

There are vaccines available for some organisms acquired through the consumption of contaminated food or water such as Salmonella Typhi, poliomyelitis, hepatitis A, and Vibrio cholerae, however, these organisms do not cause the illness known as travellers’ diarrhoea and should be considered separately as part of the overall travel health risk assessment.