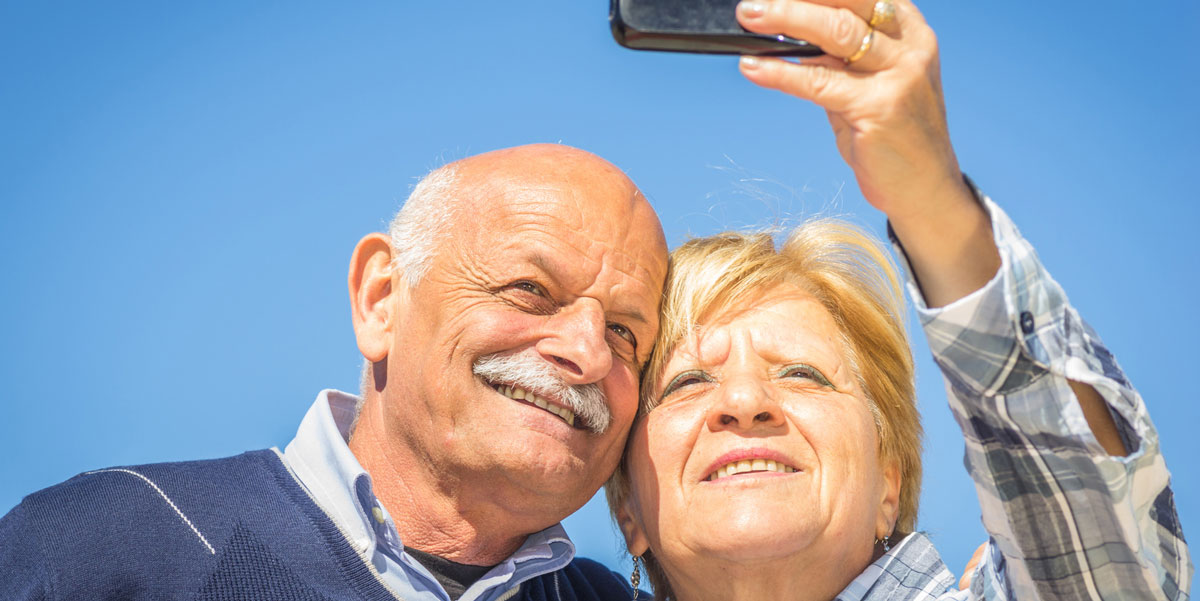 Retirement can be a great time to explore the world and with adequate preparation most people have a safe and enjoyable trip. However, older travellers are at greater risk of complications from travel associated health risks due to the greater likelihood of pre-existing medical conditions and a reduced physiological reserve lowers the ability to adapt to different environments.

A careful review of the travel plans and medical history should guide the pre-travel health advice, ideally at least 6-8 weeks prior to departure. Destination-specific health advice can be found on our Country Information pages.

For those with pre-existing medical conditions, a pre-travel medical assessment is strongly recommended to check medication / management of the condition is optimal. For some travellers an assessment of 'Fitness to fly' may also be appropriate. Pre-existing medical conditions and drugs taken to treat these conditions should be considered prior to prescribing medications for travel (see also below sections on malaria and vaccination).

Travellers should inform their airline at the time of booking of specific requirements, such as the need for assistance or in-flight oxygen.

Adequate supplies of routine medications should be carried in hand luggage in original packaging where possible. A medical letter/photocopy of prescription (with generic names of drugs) would be useful should treatment be needed abroad, see our travelling with medicines factsheet for further information.

Travellers should carry a first aid kit tailored to their destination to help them manage common issues such as insect bites, cuts and grazes, travellers’ diarrhoea or headache. Constipation is more common in older individuals so it may be useful to carry a supply of laxative. Denture fixative may be difficult to access abroad [1] if this is required, travellers should carry sufficient stock with them.

Comprehensive travel insurance is essential for all travellers. Insurance options may be limited for those with pre-existing medical conditions. Age UK may be able to offer advice on tailored policies. A full declaration of medical conditions should be made to the insurers. Insurance policies differ in their terms and conditions, travellers should check that the policy will cover the cost of medical treatment if a problem occurs, including repatriation costs if appropriate. All equipment and planned activities should be covered.

If visiting European Union (EU) countries, travellers should carry an European Health Insurance Card (EHIC) or a Global Health Insurance Card (GHIC) as this will allow access to state-provided healthcare in some countries, at a reduced cost, or sometimes for free. The EHIC or GHIC, however, isnot an alternative to travel insurance. Check the GOV.UK website for guidance.

The availability and quality of medical care abroad may differ from the traveller’s country of residence. Prior to the trip it may be worth considering sourcing information on medical facilities at the destination. Details may be found on the Foreign, Commonwealth & Development Office website. The International Society of Travel Medicine Online Clinic Directory show a list of travel clinics overseas.

Travel can be a physically demanding activity, requiring carrying luggage, negotiating crowded travel hubs, long walks to departure gates and climbing on and off different methods of transport. Crossing different time zones and delays can be tiring and stressful. Older travellers may need to allow extra time for their journeys. Given notice many airports can assist with transport within the airport.

Forgetting to take medications on long journeys and confusion about time zones may lead to exacerbation of long-term conditions, such as heart/lung disease or diabetes.

Older travellers may experience less air and sea sickness due to reduced vestibular function with age [1]. The commonly available over the counter preparations to combat motion sickness should be used with caution in older travellers as they may have a greater risk of causing adverse effects, such as confusion, drowsiness and dehydration [1].

Long periods of immobility during travelling can increase the risk of deep vein thrombosis and pulmonary embolus. Older age is a risk factor for developing venous thromboembolism and some travellers may have additional pre-existing risk factors such as obesity, congestive cardiac failure or recent myocardial infarction as identified by the WRIGHT studies [2]. Those at increased risk of VTE should seek advice from their health care provider and consider the use of properly fitted compression socks. Low molecular weight heparin therapy may also be recommended.

Jet lag may be more severe and prolonged in older travellers [1]. Adequate rest and hydration prior to the trip may help to combat the effects. Dividing a long trip into segments with rest days in between may be helpful, although inconvenient. Adapting to the time of day at the destination and exposure to outdoor light may help speed recovery from the journey. The use of medications have had mixed results and there is a possibility of drug interactions with long-term medications.

Susceptibility to the extremes of heat and cold can be increased in the older traveller [1]. Hot climates can increase the risk of excessively lowering blood pressure in those taking medication for high blood pressure or Parkinson’s disease. Diuretic drugs may need to be adjusted to allow for extra fluid lost through sweating. Older travellers should be aware of the importance of maintaining hydration in hot and humid climates. Age increases susceptibility to hypothermia due to a reduced ability for heat-generating mechanisms such as shivering. Clothing appropriate to the environment should be worn.

Older individuals with normal cardiopulmonary function are possibly less susceptible to acute mountain sickness than younger individuals. However those with reduced function due to chronic disease may do less well and experience severe hypoxia or cardiac ischaemia (decreased blood flow and oxygen to the heart muscle) [3].

According to the Royal Society for the Prevention of Accidents older people are particularly vulnerable to accidents. According to the World Health Organization falls are the second leading cause of accidental or unintentional injury deaths worldwide [4]. Older individuals are one group of travellers who are more at risk of a trauma related death [5]. Older individuals are more likely to be victims of crimes such as targets for robbery, purse snatching and pick-pocketing [6]; potentially resulting in serious injury. Safety and security advice can be found on the Foreign, Commonwealth & Development Office travel advice pages.

Travellers' diarrhoea – 20-60 percent of travellers to low income areas of the world are affected by travellers’ diarrhoea [7]. Individuals with pre-existing conditions such as immune suppression (lowered immunity), inflammatory bowel disease, chronic (long term) kidney or heart disease are at greater risks of dehydration and subsequent complications. Those with reduced acidity in the stomach, including those on some drugs like omeprazole/lansoprazole that cause this, are at increased risk of contracting infections with acid-sensitive organisms such as Salmonella and Campylobacter [8, 9].

Travellers with special health risks could take particular care to avoid contaminated food and water. All travellers should be prepared to manage the symptoms of travellers’ diarrhoea; our factsheet contains advice on this topic.

All travellers should be made aware of the importance of insect bite avoidance measure to reduce the risk of vector-borne diseases such as dengue, chikungunya, malaria and Zika virus. Information is limited, but it appears that immunocompromised individuals are at greater risk of complications from dengue and Zika virus.

No change in malaria prophylaxis is necessary purely on the basis of age, although the prescriber should consider the possibility of drug interactions with regular medications for long term conditions [10]. However there is a greater risk of severe disease in older individuals [11]. Particular care should be taken with insect bite avoidance and travellers should be aware of the symptoms of malaria and what to do if they are unwell.

The immune system undergoes changes in older individuals leading to more frequent and severe disease progression. The immune response to vaccines can be reduced and the length of protection shorter [12, 13].

Older travellers may not have received routinely administered vaccines according to the UK's routine immunisation schedule, including influenza and pneumococcal vaccines. The travel health consultation is an opportunity to review what has been given and administer/update them if necessary.

According to Public Health England, individuals born before 1970 are likely to have had measles, mumps and rubella infections in the past and they are less likely to be susceptible to these diseases. However MMR vaccine should be offered to such individuals on request or if they are considered to be at high risk of exposure, further details are available in the ‘Green book’.

Older age is an important consideration in the assessment of yellow fever vaccination.

General advice and advice for those who get sick abroad

Travellers should carry a basic first aid kit that will also help them manage common issues affecting travellers such as travellers’ diarrhoea, constipation, insect bites, minor cuts and grazes. A note should be kept of the emergency contact numbers for the insurance company; who should be contacted early if medical help is required.

The Association of British Insurers (ABI) and Citizens Advice give advice for travellers who fall ill abroad. A survey by ABTA showed that most Britons were unaware of the financial costs of medical bills abroad.