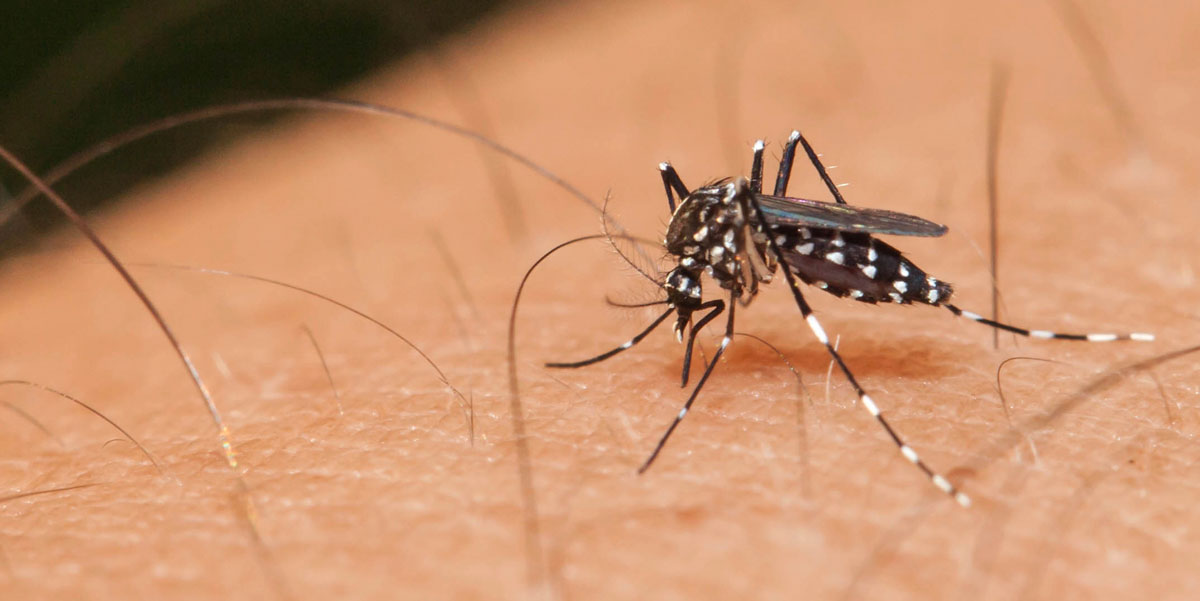 Zika virus is transmitted by mosquitoes; it is found in tropical and sub-tropical climates

As international travel continues to increase, travellers are reminded about the risk of ZIKA virus (ZIKV) in tropical and sub-tropical climates. ZIKV is mainly transmitted by mosquitoes that bite, predominantly during the day. The virus can also be transmitted from an infected person to another through sexual contact.

Most people infected with ZIKV will not have any symptoms or will only have mild symptoms. However, the virus can be passed from an infected mother to her developing baby during pregnancy, which may result in serious birth defects including microcephaly (a small and often underdeveloped brain), and Congenital Zika syndrome (a combination of birth defects and disabilities found in babies infected with ZIKV during pregnancy). ZIKV has also been linked to other problems, such as pregnancy loss and other birth defects. Rarely ZIKV can cause illnesses such as Guillain-Barré syndrome, an uncommon illness affecting the nervous system causing muscle weakness, and sometimes, paralysis [1].

ZIKV re-emerged in Brazil during 2015 with the outbreak peaking in the Americas during 2016, where more than 650,000 cases were recorded. Many countries and territories across five of the six World Health Organization regions (Africa, the Americas, Southeast Asia, Western Pacific and Europe) have reported current or previous locally acquired ZIKV transmission since then, although incidence declined from 2017-2020 [2].

During 2021 most cases were reported in Brazil, Guatemala, and Paraguay [3]; these numbers are similar to the number of reported cases in 2020, suggesting that low levels of ZIKV transmission continues in some countries in the Americas [2].

In July 2021 India reported outbreaks in Kerala and Maharashtra States, the first outbreak activity in the South-East Asia region since 2019 [4]; ZIKV has been reported in Gujarat, Madhya Pradesh, and Rajasthan in previous years [2, 4].

In the European Region, cases in travellers returning from endemic areas have been reported since 2016, and the first locally acquired case was reported in Vars, France in 2019 [2].

As ZIKV may be asymptomatic or cause mild illness, cases may be unreported. Additionally, surveillance and reporting systems may be sub-optimal for many reasons, including the impact of the COVID-19 pandemic. Such factors result in limitations to producing accurate and current data on ZIKV cases [2].

In the UK, NaTHNaC and the UK Health Security Agency produce the country guidance related to ZIKV risk. Country-specific information can be found on our Country Information pages and Outbreak Surveillance.

ZIKV infection is spread by mosquitoes that bite mainly during the day. A small number of cases of sexual transmission of ZIKV have also been reported.

If you are travelling to a country where ZIKV is known to occur, you are at risk of infection. You are at increased risk if you will spend a long period in areas where ZIKV is common. However, even short-term visitors may be exposed to the virus.

There is currently no available vaccine or medication to prevent ZIKV infection, and prevention relies predominantly on avoiding mosquito bites particularly between dawn and dusk.

You should ideally seek travel health advice from your GP, practice nurse or a travel clinic at least 4-6 weeks before travel. This is particularly important if you are pregnant, planning to become pregnant, suffer from a severe, chronic medical condition, or have a medical condition that weakens the immune system.

During and after travel

Couples should follow guidance on prevention of sexual transmission of ZIKV as follows:

*Last possible ZIKV exposure is defined as the later of either the date of leaving a country or area with risk for ZIKV transmission, or the date on which unprotected sexual contact with a potentially infectious partner took place.

Travellers should be advised to consider their risk and where relevant postpone non-essential travel. Recommendations for affected countries are found in the ‘other risks’ section of the individual country pages. Pregnant travellers who have returned from countries or areas with risk of ZIKV transmission should be assessed.

Multiple countries have reported cases of monkeypox, mainly in gay, bisexual and other men who have sex with men (GBMSM) Read more

Food and water hygiene: reminder for travellers to South Asia