Travelling to visit friends and relatives 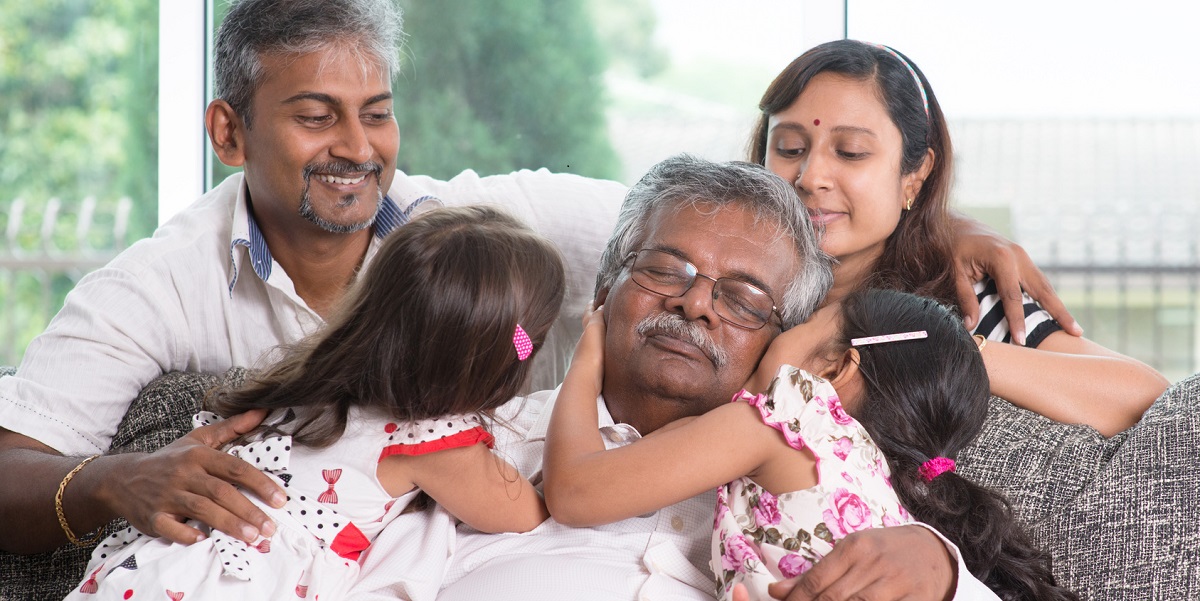 Visiting friends and relatives (VFR) is now the second most common reason given for travelling overseas from the UK, after travelling for a tourist holiday [1]. In this factsheet, a VFR traveller is defined as a person, ethnically and racially distinct from the majority population in the UK, who returns to his or her home country (lower-income country) to visit friends or relatives. Family members, such as the partner or children, who may have been born in the UK, are also included in this definition [2]. VFR travellers may include immigrants, asylum seekers/refugees and students.

VFR travellers have a greater risk of travel related diseases and other health risks [3, 4] and are less likely to seek pre-travel advice [5, 6]. A number of reasons may explain the disproportionate risk for this group of travellers: they may travel to resource-poor areas, have closer contact with the local population and travel for longer periods [7]. Barriers to VFR travellers receiving travel health advice may include factors such as; access to travel health services, cost of vaccines, perception of travel-related risks by the health care advisor and the traveller, and communication issues [4].

Some people are at increased risk of severe infection from COVID-19. This mainly relates to age and any existing medical conditions and includes those prioritised for COVID-19 vaccination (see Table 2 and 3 in Immunisation against Infectious Disease).

Current evidence is that there is also a higher risk of infection and of severe disease in Black, Asian and Minority Ethnic groups in the UK. The reason for this, and how other factors such as co-morbidities (medical conditions) affect this risk, are currently unclear. However, ethnicity should be considered when assessing the potential risks of travelling during the COVID-19 pandemic.

All individuals, but particularly those who are at high risk and considered clinically extremely vulnerable to severe COVID-19 disease, should follow current UK recommendations to reduce their risk of infection and consider whether postponing travel would be appropriate.

General guidance regarding risk assessment for travel during the COVID-19 pandemic and information about the COVID-19 vaccination programme is available.

All travellers should review the country specific information including the Foreign, Commonwealth & Development Office (FCDO) advice on the Country Information pages and make an appointment with their GP practice or a travel clinic. Ideally travellers should seek advice at least four to six weeks before departure.

For Individuals with complex medical problems and earlier appointment is recommended. However, it is recognised that VFR travellers often need to travel at short notice for various reasons such as a family emergency. If time is short, an appointment is still worthwhile.

Individuals with complex medical problems, older travellers, pregnant women, infants or young children often prove challenging for the health professional [6], especially if they present with little time prior to departure [6].

Pre-travel advice should be tailored to prioritise what is achievable within a short time frame.

Pre-travel advice should be given sensitively. Focussing on behaviours to reduce exposure to diseases, such as the use of bednets and insect repellents and food/water hygiene may be more effective than emphasising the risks in the destination country [8].

Travellers are recommended to take out travel insurance to cover the potentially high cost of medical treatment and repatriation, if they are injured or fall ill abroad.

Contaminated food and water can transmit many different infectious diseases; the risk is higher in low income regions of the world [9]. VFR travellers are at increased risk of certain infections, for example typhoid. In 2017, of the 306 imported cases of typhoid/paratyphoid in England Wales and Northern Ireland, where reason for travel from UK was known (n=267) 83 percent were VFRs [10].

Care should be taken with food and water hygiene, and VFR travellers should know how to manage the symptoms of travellers’ diarrhoea and when to seek medical advice. The effects of diarrhoea are generally greater in the very young, elderly and frail travellers. Those with special needs or certain medical problems should also take particular care for example those with a weak immune system, inflammatory bowel disease, chronic (long term) kidney or heart disease, pregnant women and those taking medication to reduce stomach acid [11].

It can be difficult for VFR travellers to follow all the recommended advice as they will not want to cause offence by refusing certain drinks or food. They may want to think about ways to get around this such as emphasising that children born in the UK won’t have immunity to certain diseases, mention that they are following doctors’ instructions or have a sensitivity to certain foods. Having hand sanitising gel or wipes ready to use discreetly before eating may also be helpful.

In addition to malaria, there are many diseases spread by mosquitoes and other insects (vectors). For many of these there are no vaccines or medications to prevent infection and so insect bite avoidance measures are vital.

Malaria is a serious, potentially life threatening infection spread by mosquitoes. The World Health Organization estimates 228 million cases of malaria occurred worldwide in 2018 [12], with 93 percent of the cases in the African region. Studies on the knowledge and perception of malaria among VFR travellers in the UK have shown that the majority are aware of the potential risk of contracting the disease. However malaria is commonly not regarded as a serious health threat amongst this group [13].

People who are born in a malarious area often suffer repeated infections during early childhood which can bring about a state of partial immunity. However, this rapidly disappears if the individual moves to an area where malaria does not occur [14]. There is no such thing as “natural” immunity to malaria. In the UK the majority of cases of imported malaria are in VFR travellers [15], most of whom had travelled to Sub-Saharan Africa.

Travellers should be up to date with routine vaccination courses and boosters as recommended in the UK schedule. Information on primary vaccinations provided overseas can be found on the World Health Organization website and guidance on catching up individuals with uncertain or incomplete immunisation status is available from Public Health England.

Pregnancy can increase the risks from travel-related diseases, diseases may have a more severe progression, and some methods of disease prevention or treatment may be ‘off licence’, i.e. not covered on the manufacturers marketing authorisation. Generally the use of inactivated vaccines during pregnancy is considered safe, but the recommendations should be based on a risk-and-benefit assessment [17]. Further information on vaccinations can be found in our Pregnancy factsheet.

Malaria infection during pregnancy is a significant public health problem with substantial risks for the pregnant woman and her foetus. Pregnant women have an increased risk of severe malaria and fatality compared to non-pregnant women. Malaria can also cause anaemia, spontaneous abortion, stillbirth, prematurity or low birthweight. The UK Advisory Committee on Malaria Prevention (ACMP) recommends that pregnant women should be advised against travel to malarious areas, particularly if there is chloroquine resistant malaria at the destination [14]. Pregnant travellers should be particularly vigilant with insect bite avoidance measures and food and water hygiene.

Infants/children are at greater risk of a severe disease progression of travel related infections; e.g. malaria [14, 18]. The UK Advisory Committee on Malaria Prevention recommends that parents are advised against taking infants and young children to malarious areas without adequate precautions [14].

Some vaccines are not recommended for infants or young children below a certain age e.g. yellow fever and typhoid. Young children can be at particular risk of exposure to rabies, as they may be more inclined to approach domestic dogs and cats and may not report an exposure; 40 percent of rabies cases are in children under 15 years of age [19].

With the exception of Antarctica, rabies is endemic on all continents. Rabies occurs in warm-blooded mammals, commonly dogs, but also other domestic and wild animals including bats. The virus is transmitted to humans by a bite or scratch, or when saliva from an infected animal comes into contact with broken skin or mucous membranes (eyes, nose, or mouth). Rabies is almost invariably fatal once symptoms appear, [19] but the disease is preventable if the correct post-exposure treatment (PET) is provided quickly. Accessing correct PET can be challenging in some countries.

VFR travellers have been shown to be at greater risk of human immunodeficiency virus (HIV) and sexually transmitted infections compared with tourists and business travellers to the same destination [8]. Those travelling without a steady partner should be aware of the risks; reliable condoms should be carried and used to reduce the risks.

The World Health Organization estimates that more than 200 million girls and women alive today have undergone Female Genital Mutilation (FGM). It is an offence for FGM to be carried out on a UK citizen or resident of the UK or for such a person to be taken abroad for this purpose [21]. Health professionals have a mandatory reporting duty if FGM is identified or a child is thought to be at risk. Failure to do so may result in disciplinary procedures through the health professional’s regulatory body.

VFR travellers may be tempted to purchase medications, particularly malaria chemoprophylaxis at their destination. There are concerns about fake medicines in some parts of the world causing harm to patients and failing to treat/prevent the disease for which they were intended [22]. It is generally safer to obtain medication in the UK before travel. Additionally a course of malaria chemoprophylaxis needs to be started prior to exposure to malaria [14], so purchasing it on arrival at the destination may mean that the course is started later than recommended. See our Medicines and travel factsheet for further details.

General advice for those who get sick abroad

Travellers with fever, diarrhoea with blood or any other worrying symptoms, such as altered mental status, severe abdominal pain, jaundice or rash should seek prompt medical care. Those who need to seek medical advice abroad should contact their insurance company and keep receipts so they can claim back the costs from the insurance or EHIC as appropriate.